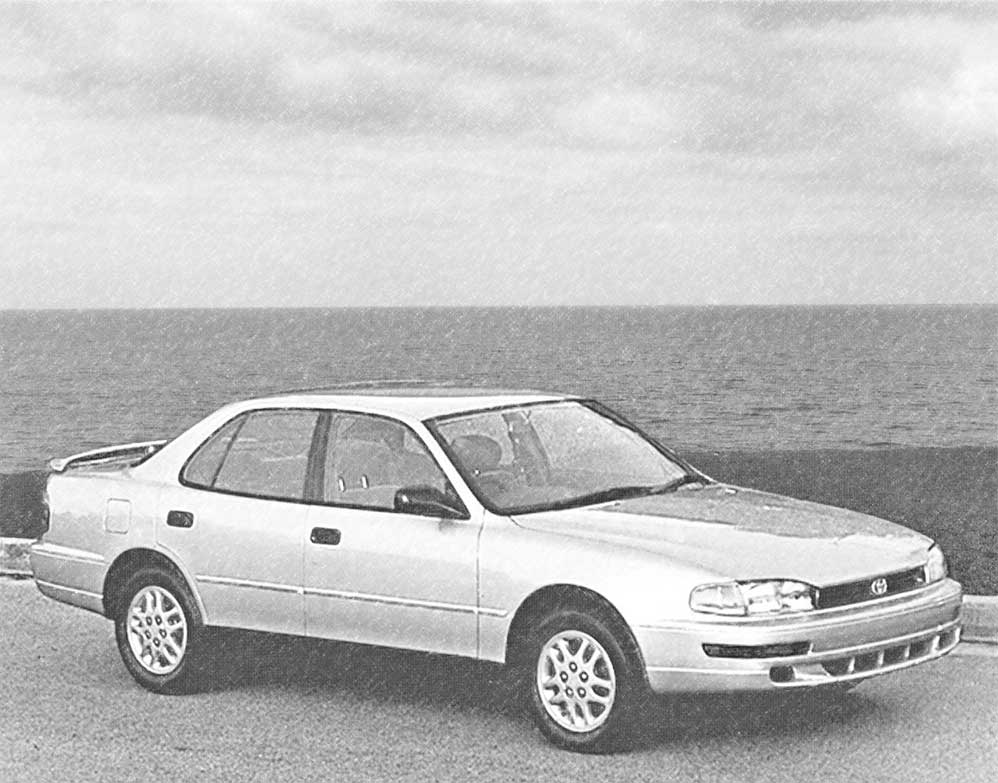 When the Toyota Camry was first exported to the United States of America in 1983 it was a bit of a flop. The buyers there considered it underpowered, too small, and, perhaps worst of all, not American.

It had been preceded by the Corona; Americans found this cheap but not to their taste. The Camry on the other hand was front wheel drive, bigger, more powerful and much more plush internally. America was still however import phobic and just 50,000 were sold that year. Not many considering the hopes of Toyota.

Toyota did not give up. The package was fine tuned to suit American tastes. Engines got bigger. The car became more refined, more luxurious. It was developing into a very smooth, well equipped and quiet running car. Perhaps most important of all it was better built and more reliable than anything that was coming from Detroit; a city that was perhaps deservedly about to lose it's title of 'Motor City'.

In 1992 Toyota offered an even bigger Camry with a three litre V6 engine, and an automatic gearbox; but this time it was built in the United States in Kentucky. The new plant there churned out as many cars as it could produce and that year it was the fifth best selling car in the whole of America.

Toyota kept on improving the car, adding more power, more luxury. By 1997 they finally made it; it was the best selling car in the United States. It has been a successful car in America ever since, because not only is it a very good car compared to anything else that American manufacturers can produce, but also because the components that make up the Camry are more than 80 percent made in America; a proportion that is higher than any other car.

Japan's dominance of the USA car market has offen been explained by the oil crisis of 1973 and 1979. These forced American manufacturers to reconsider the wisdom of building big powerful gas guzzlers and instead switch to smaller, more compact and fuel efficient vehicles. The Japanese however were already doing just that, and they had a considerable head start. Could it be though that those same American manufacturers were uncompetitive, less interested in quality control than they should have been and too fond of planned obsolescence?